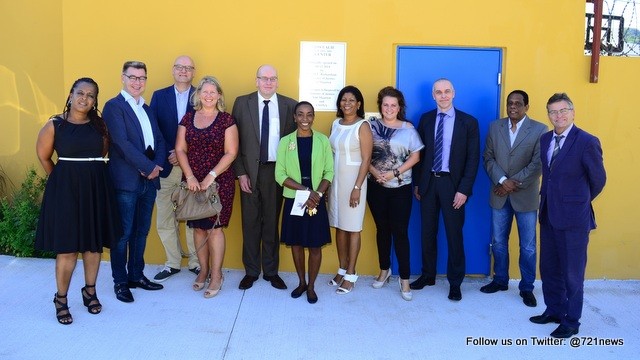 De Daily Herald besteedde 29 januari 2015 veel aandacht aan het MLC:
“Staff members at the Miss Lalie Youth Care and Rehabilitation Centre MLC are happy and sad at the same time – happy because they are ahead of schedule, and well on track to make a difference in the future of youth care and rehabilitation in St. Maarten, but sad because one of the people instrumental in making it all happen, is leaving the island at the end of her two-month secondment from the Horizon Foundation in the Netherlands.

Expertise
Anja Winters is a department manager of the Horizon Foundation. In the Netherlands, she manages two teams that work across eight residences in the Netherlands. She came to St. Maarten in November in a coaching capacity, to help the local team set up the MLC, as a result of a formal cooperation between the MLC and Horizon. Along with Winters came behavioural specialist Inge ter Huurne, also from Horizon. Ter Huurne is in St. Maarten for six months, and specialises in families and behaviour. Together, Ter Huurne and Winters have spent the last few months imparting their knowledge and the methods used by Horizon to their colleagues at MLC. They have worked together with MLC leader Natasha Carty to share their methodology, and to adjust this way of working in such a way that it fits the requirements, necessities and culture of St. Maarten, and putting the training into practice at the MLC.
The majority of the permanent staff of MLC, which consists of 13 people, including nine pedagogics staff members and a teacher, visited Horizon in the Netherlands, where they were subjected to an intense training in which they were taught methodology and increased their expertise with the help of the Dutch foundation. Upon returning to St. Maarten, the training was continued under the guidance of Winters and Ter Huurne.

Home situation
The MLC, which can house 20 boys between the ages of 12 and 18, currently has six residents. Five of the boys are there as a result of a court order; the sixth is in pre-trial detention. All boys receive the same treatment. The situation created for the boys at MLC mimics, as closely as possible, an ordinary, healthy home situation for a teenage boy, Winters explains. But there are some changes for most of the boys. “Many boys come from a background where raising a child is done through hierarchy, using fear of punishment as a tool. We try to intervene at an early stage in the relationship, to create a situation that boys don’t just obey if they expect punishment,” she says. “We try to make the boys responsible for their own choices, and try to understand it is better to choose the right path over the wrong one.”
This is achieved by giving the boys a lot of structure, with a set programme and regular hours. The boys, depending on age, go to bed between 8:30 and 9:30 on weekday evenings, and half-an-hour later on weekends. They get up at 7:15am. This daily structure is non-negotiable. This way, staff members aim to reintroduce a normal day/night rhythm for the boys, who were regularly used to being up all hours of the night. “Many boys, before coming here, used to get their way by provocative behaviour, or by completely withdrawing and shutting down. That doesn’t work here,” says Winter. “We talk to the boys about the choice they have to comply or not to comply, and we get them to consider the consequences of each choice. We help them find the motivation to make the right choice.” Ter Huurne adds: “We communicate with the boys, ask them questions. What do you gain by choosing the right path? What do you gain or lose when you choose the wrong one? The message is: you’re responsible. You have to do this yourself. But we are here to help you. By helping the boys take responsibility for minor choices, we teach them the principles for making more important choices in life.” Carty adds: “We also show them respect. It is important to treat the boys with respect, to set the right example. We set the right example, and we also give them time to think, to really consider the consequences of their choices.”

Parenting
When the boys first arrive, they are subjected to very tight rules and regulations. This makes it easier to make the right choices. The framework is tight. However, based on the progress, this framework is loosened up, and the boys are given a bit more freedom. If this is not used wisely, they will be more restricted again. With boys who are in the MLC on a civil order, this can even include leave from the MLC, for instance, on a weekend. Their parents are also actively involved in the process. “It has been common for parents to pull their hands off their child once it’s in a facility. But that’s not how we work now,” says Winters. “Parents are actively involved here. Initially, we look together with the parents: What are the problems? Parents are actively involved in the approach, and we offer guidance to the parents as well.”
The MLC is not designed for long-term stays. “After two years here, there isn’t much more we can teach the boys,” says Winters. That’s why it’s so important there is a follow-up programme. Pointe Blanche Prison is planning to set up a separate wing with a tailor-made programme for young men ages 18 to 24. A piece of land has also been acquired next to MLC with the view to create an open youth facility. Winters stresses the importance of implementing such plans. “The thing we really need to avoid is that we’ve had boys here for two years, and they end up in the adult prison without any guidance straight after.”

Differences
Winters said she has learned a lot from her stay in St. Maarten. “I have been shocked about the differences between St. Maarten and the Netherlands. In Holland, so much more is available. Youths in similar facilities in the Netherlands have a gym, a theatre, music facilities, play stations…and they are still complaining,” she says. A big difference with the MLC. “The boys have a shared TV and an Xbox, which were donated. They have very few games for it. There is no Wi-Fi as yet. MLC only has a handful of books and a few games. I recently bought the boys a basketball. They were over the moon. And I never hear them complain about what they don’t have,” she says. “Much more is available in the Netherlands, both for youths and adults who are incarcerated, as well as those subjected to youth care in a facility. If families have problems, we can facilitate the whole family for a few months. There is much less here. I really hope that situation can be evened out a bit,” she adds. “I feel the Netherlands needs to take its responsibility here.” Winters hopes she can maintain that feeling of appreciation for how much they have in the Netherlands. “I hope I can make my colleagues realise.”
Cultural differences are important in the process. Natasha explains: “In the Netherlands, people have the means to look after themselves. In St. Maarten, people historically rely more on their friends, neighbours and communities. But the communities have changed. A lot of new people came in, and communities lost their closeness. Now, people don’t always know their neighbours anymore,” she explains. This reflects on youth care. “We used to say it takes a community to raise a child. But people take less of an interest in each other’s children anymore. If a mother is struggling, there isn’t always an auntie or grandmother around to help out. People are afraid to interfere. If a youth goes the wrong way, no one speaks up. Those values are gradually disappearing,” she adds. The MLC tries to close this gap, at least for its residents. “We try to make the day as normal as it should be for a teenage boy,” Carty says. Waking up, washing and cleaning, breakfast with staff, house chores, school in the morning and afternoon, hot lunch, spending some private time in their rooms, helping with cooking, dinner and playtime are regular activities in the day. There are also group chats twice a week about subjects such as bullying or drugs.

Support
Parents can visit up to two hours a week, on one or two days out of four, including the weekend. There are staff members who train with the boys and play sports. The chef, a graduate from Sundial school, teaches the boys to cook in the top-of-the-range kitchen. “It’s nice to see the support we are getting from the community,” says Carty. As with other organisations, funds are scarce. Two small girls, around nine and 11 years old, have started a fundraiser to ensure the boys can have something nice. One of the current residents is a friend of the two children. Organisations have also helped. A television and an Xbox are favourites of the boys, who were seen playing on it. “It would be great if we could get some more Xbox games,” say the staff members. The boys also enjoy board games, donated by the Courthouse. Books for the age group seven to 18 are also in demand, as not all boys are good readers. The boys, through their cooking lessons, have become interested in growing their own vegetables. They currently use small pots for it. “One of our wishes for the boys are the tools to make a small vegetable garden. We have the space, but no funds for the tools and soil,” says Carty.
The boys themselves are working extremely hard, Winters said. Ter Huurne clarifies: “We work with a social competence model. The boys score points for good behaviour. They get certificates as a reward, and the money collected by the two little girls will be used to buy small gifts as rewards.” Winters adds: “The boys are subjected to structure and safety here. However, despite their hard work though, they are still locked up here. I see them looking out of the windows, watching children walk home from school. I see the longing in their eyes.” The MLC’s aim is to have its boys re-join these youths, and to rehabilitate them into being normal, young men, growing up into responsible, young adults who can make a contribution. Winters also praises the parents. “Our system is such that the parents still have the final responsibility for their children. This requires the input and hard work from parents too, helped and guided by us. Both the current residents and their parents are working very hard. Mentors have weekly contact with parents, and there are regular meetings.”

Cooperation
It becomes increasingly obvious that all this hard work comes from a huge team effort. “Cooperation is the key,” agree all three staff members – not only cooperation between MLC and the parents, but cooperation with organisations, such as Horizon, which has done so much to get the MLC where it is now. And also cooperation with local organisations, which can make a big difference by making a donation, or simply by changing their attitude towards their young men. “Stigmatisation is still an issue,” says Carty. “It is important that these young men get a chance in life.” “The boys must accept the consequences of their behaviour,” adds Ter Huurne. But they should also have the chance to enjoy childhood. It is important to remember that if we are intent on treating troubled youths as criminals, they often have no choice, but to become criminals.” 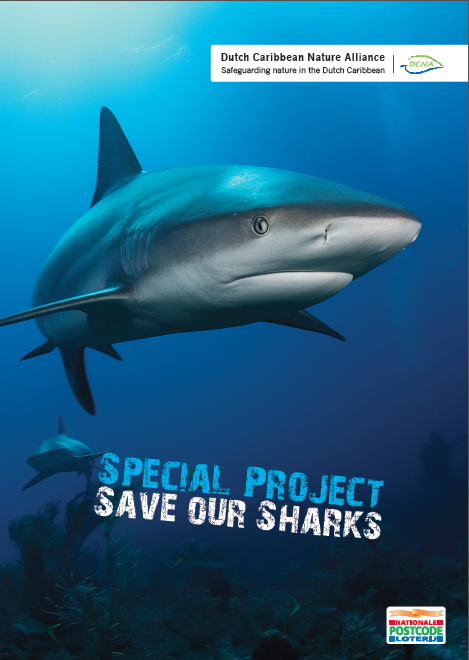